What is a Solid-State Drive (SSD)? 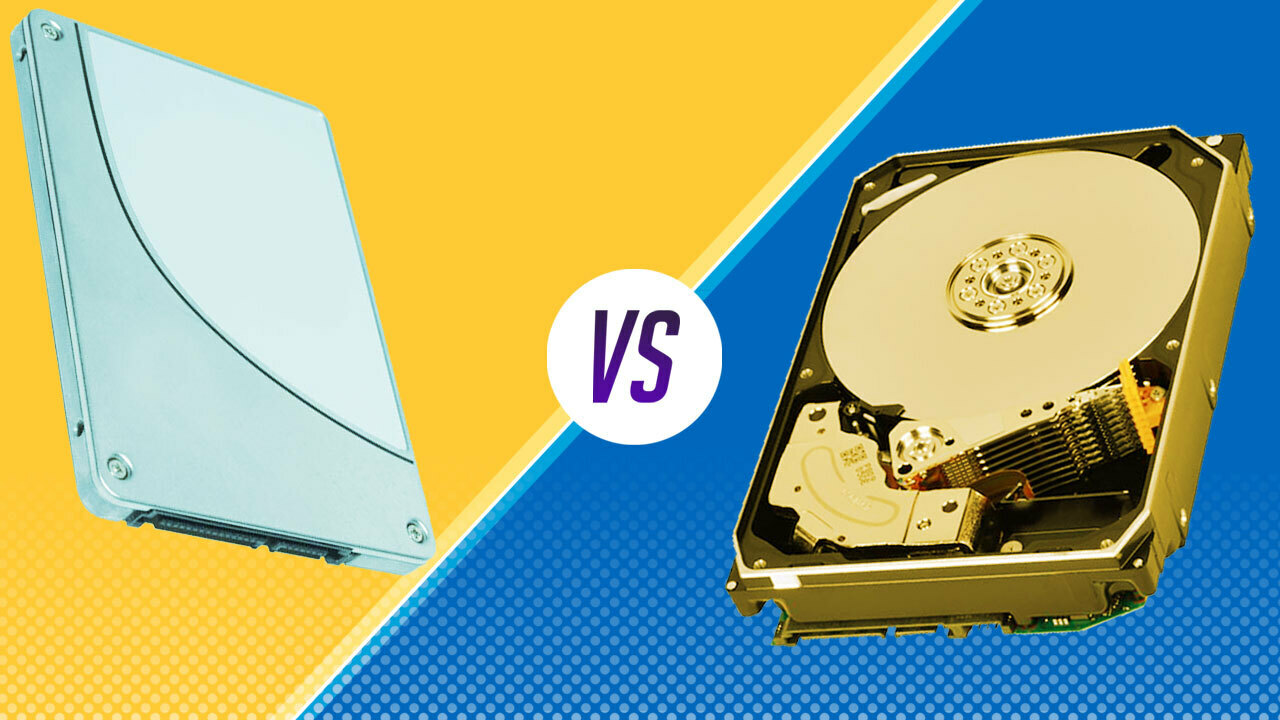 If you bought an ultraportable laptop anytime in the last few years, you very likely got a solid-state drive (SSD) as the primary boot drive. Bulkier gaming laptops have moved to SSD boot drives, too, while only a subset of budget machines still favor hard disk drives (HDDs). The boot drives in prebuilt desktop PCs, meanwhile, are mostly SSDs now, too, except in the cheapest models. In some cases, a desktop comes with both, with the SSD as the boot drive and the HDD as a bigger-capacity storage supplement.

If you have to pick just one, though, how do you choose? Let’s get into the differences between SSDs and HDDs, and walk you through the advantages and disadvantages of each to help you decide.

The traditional spinning hard drive is the basic non-volatile storage on a computer. That is, information on it doesn’t “go away” when you turn off the system, unlike data stored in RAM. A hard drive is essentially a metal platter with a magnetic coating that stores your data, whether weather reports from the last century, a high-definition copy of the original Star Wars trilogy, or your digital music collection. A read/write head on an arm accesses the data while the platters are spinning.

An SSD performs the same basic function as a hard drive, but data is instead stored on interconnected flash-memory chips that retain the data even when there’s no power flowing through them. These flash chips (often dubbed “NAND”) are of a different type than the kind used in USB thumb drives, and are typically faster and more reliable. SSDs are consequently more expensive than USB thumb drives of the same capacities.

Like thumb drives, though, SSDs are often much smaller than HDDs and therefore offer manufacturers more flexibility in designing a PC. While they can take the place of traditional 2.5-inch or 3.5-inch hard drive bays, they can also be installed in a PCI Express expansion slot or even be mounted directly on the motherboard, a configuration that’s now common in high-end laptops and all-in-ones. (These board-mounted SSDs use a form factor known as M.2. See our picks for the best M.2 SSDs and get much more info on these multifaceted types of SSDs.) 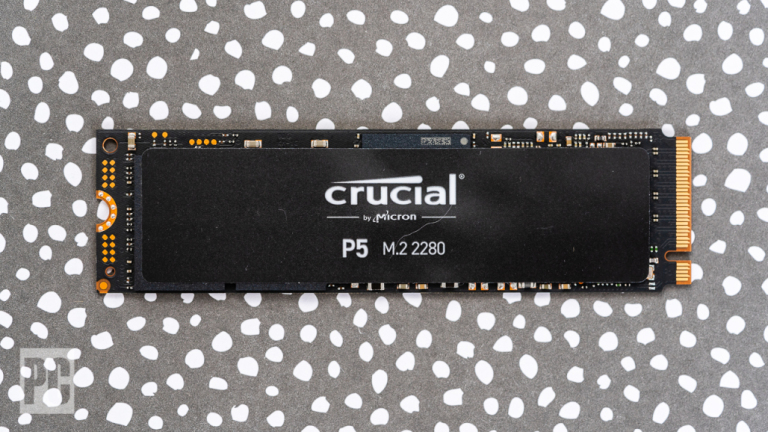 Note: We’ll be talking primarily about internal drives in this story, but almost everything applies to external drives as well. External drives come in both large desktop and compact portable form factors, and SSDs are gradually becoming a larger part of the external-drive market.

A History of HDDs and SSDs

Hard drive technology is relatively ancient (in terms of computer history, anyway). There are well-known photos of the IBM 650 RAMAC hard drive from 1956 that used 50 24-inch-wide platters to hold a whopping 3.75MB of storage space. This, of course, is the size of an average 128Kbps MP3 file today, stored in the physical space that could hold two commercial refrigerators. The RAMAC 350 was limited to government and industrial uses, and it was obsolete by 1969. How far we’ve come!

The PC hard drive form factor standardized at 5.25 inches in the early 1980s, with the now-familiar 3.5-inch desktop-class and 2.5-inch notebook-class drives coming soon thereafter. The internal cable interface has changed over the years from serial to IDE (now frequently called Parallel ATA, or PATA) to SCSI to Serial ATA (SATA). But each essentially does the same thing: connect the hard drive to the PC’s motherboard so your data can be shuttled to and fro.

Today’s 2.5- and 3.5-inch drives mainly use SATA interfaces (at least on most PCs and Macs), though many high-speed internal SSDs now use the faster PCI Express interface instead. Capacities have grown from multiple megabytes to multiple terabytes, more than a million-fold increase. Current 3.5-inch hard drives are now available in capacities exceeding 10TB.

The SSD has a much shorter history, though its roots do reach several decades into the past. Technologies like bubble memory flashed (pun intended) and died out in the 1970s and 1980s. Current flash memory is the logical extension of the same idea, as it doesn’t require constant power to retain the data you store on it. The first primary drives that we know as SSDs started appearing during the rise of netbooks in the late 2000s. In 2007, the OLPC XO-1 used a 1GB SSD, and the Asus Eee PC 700 series used a 2GB SSD as primary storage. The SSD chips on these laptops were permanently soldered to the motherboard. 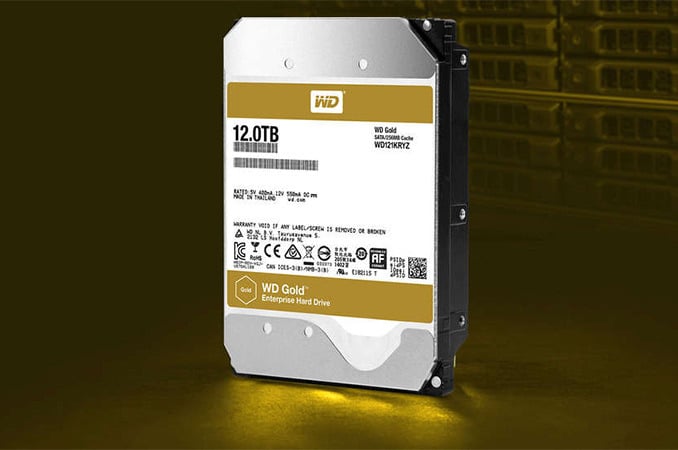 As netbooks and other ultraportable laptops became more capable, SSD capacities increased and eventually standardized on the 2.5-inch notebook form factor. This way, you could pop a 2.5-inch hard drive out of your laptop or desktop and replace it easily with an SSD, and manufacturers could design around just one kind of drive bay.

In time, other, more compact SSD form factors emerged, like the mSATA Mini PCIe SSD card and the aforementioned M.2 SSD format (in SATA and PCI Express variants). M.2 has expanded rapidly through the laptop SSD world, and today the SSDs that still use the 2.5-inch form factor are mostly meant for upgrading desktop PCs and older laptops. SSDs in the 2.5-inch size designed for consumer PCs currently top out at 8TB.

Advantages and Disadvantages of SSDs and HDDs

Hard drives are still around in budget and older systems, but SSDs are now the rule in mainstream systems and high-end laptops like the Apple MacBook Pro, which does not offer a hard drive even as a configurable option. Desktops and cheaper laptops, on the other hand, will continue to offer HDDs, at least for the next few years.

That said, both SSDs and hard drives do the same job: They boot your system, and store your applications and personal files. But each type of storage has its own unique traits. How do they differ, and why would you want to get one over the other? 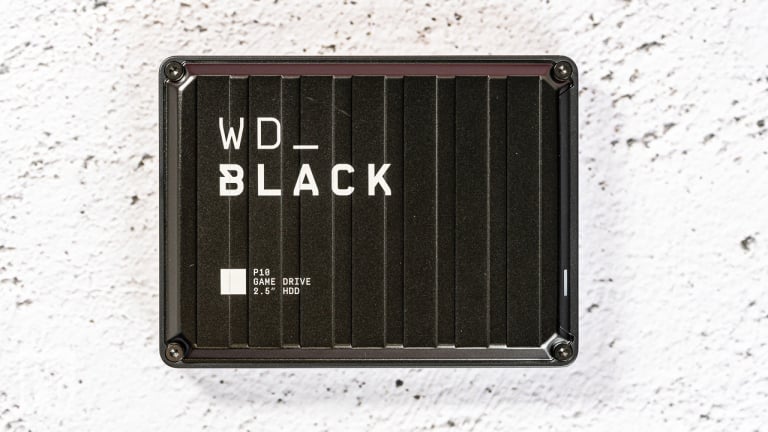 Since hard drives use older, more established technology, they will likely remain less expensive for the foreseeable future. Though the per-gig price gap is closing between hard drives and low-end SSDs, those extra bucks for the SSD may push your system price over budget.

Consumer SSDs are rarely found in capacities greater than 2TB, and those are expensive. You’re more likely to find 500GB to 1TB units as primary drives in systems. While 500GB is considered a “base” hard drive capacity for premium laptops these days, pricing concerns can push that down to 128GB or 256GB for lower-priced SSD-based systems. Users with big media collections or who work in content creation will require even more, with 1TB to 8TB drives available in high-end systems. Basically, the more storage capacity, the more stuff you can keep on your PC. Cloud-based storage may be good for housing files you plan to share among your smartphone, tablet, and PC, but local storage is less expensive, and you have to buy it only once, not subscribe to it. 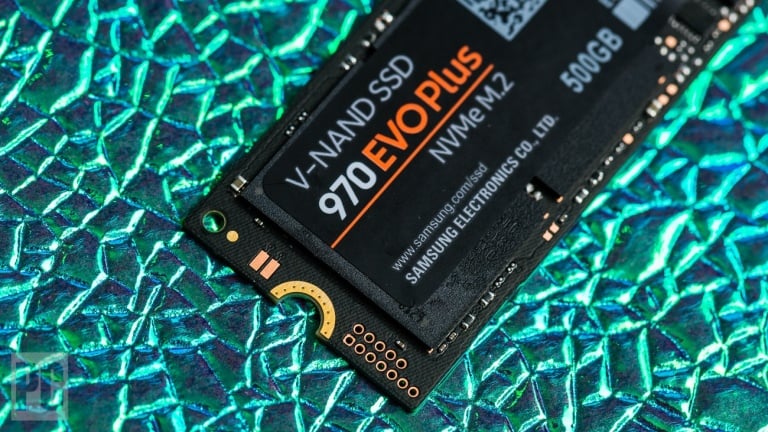 This is where SSDs shine. An SSD-equipped PC will boot in far less than a minute, often in just seconds. A hard drive requires time to speed up to operating specs, and it will continue to be slower than an SSD during normal use. A PC or Mac with an SSD boots faster, launches and runs apps faster, and transfers files faster. Whether you’re using your computer for fun, school, or business, the extra speed may be the difference between finishing on time and being late. 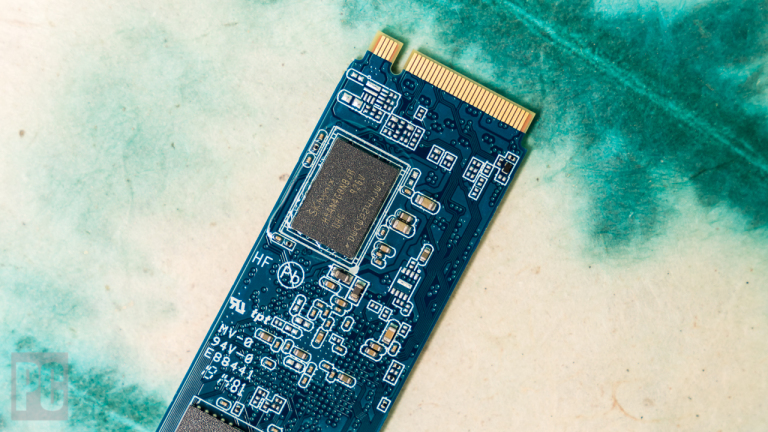 A secondary issue to this: fragmentation. Because of their rotary recording surfaces, hard drives work best with larger files that are laid down in contiguous blocks. That way, the drive head can start and end its read in one continuous motion. When hard drives start to fill up, bits of large files end up scattered around the disk platter, causing the drive to suffer from what’s called “fragmentation.” While read/write algorithms have improved to the point that the effect is minimized, hard drives can still become fragmented to the point of affecting performance. SSDs can’t, however, because the lack of a physical read head means data can be stored anywhere without penalty. This contributes to SSDs’ inherently faster nature.

SSD vs. HDD Reliability and Durability

An SSD has no moving parts, so it is more likely to keep your data safe in the event you drop your laptop bag or your system gets shaken while it’s operating. Most hard drives park their read/write heads when the system is off, but when they are working, the heads are flying over the drive platter at a distance of a few nanometers. Besides, even parking brakes have limits. If you’re rough on your equipment, an SSD is recommended. 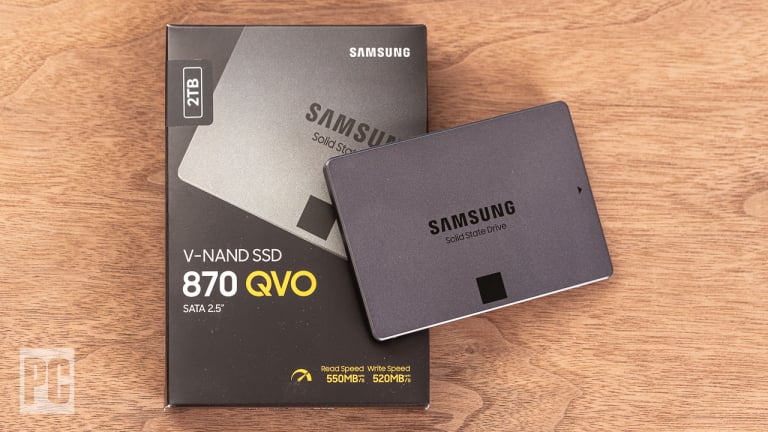 Because hard drives rely on spinning platters, there is a limit to how small they can be manufactured. Years back, there was an initiative to make smaller 1.8-inch spinning hard drives, but that stalled at about 320GB, and smartphone manufacturers only use flash memory for their primary storage.

SSDs have no such limitation, so they can continue to shrink as time goes on. SSDs are available in 2.5-inch laptop-drive sizes, but that’s only for convenience in fitting within established drive bays. They are increasingly moving, though, to the M.2 form factor discussed above, and these drives come in 42mm, 60mm, 80mm, and 120mm lengths.

Even the quietest hard drive will emit a bit of noise when it is in use. (The drive platters spin and the read arm ticks back and forth.) Faster hard drives will tend to make more noise than those that are slower. SSDs make no noise at all; they’re non-mechanical.

Plus, an SSD doesn’t have to expend electricity spinning up a platter from a standstill. Consequently, none of the energy consumed by the SSD is wasted as friction or noise, rendering them more efficient. On a desktop or in a server, that will lead to a lower energy bill. On a laptop or tablet, you’ll be able to eke out more minutes (or hours) of battery life.

Then there’s the issue of longevity. While it is true that SSDs wear out over time (each cell in a flash-memory bank can be written to and erased a limited number of times, measured by SSD makers as a “terabytes written” or TBW rating), thanks to TRIM command technology that dynamically optimizes these read/write cycles, you’re more likely to discard the system for obsolescence before you start running into read/write errors with an SSD. If you’re really worried, several tools can let you know if you’re approaching the drive’s rated end of life. Eventually, hard drives will wear out from constant use, as well, since they use physical recording methods. Longevity is a wash when it’s separated from travel and ruggedness concerns.

SSD vs. HDD Storage: Breaking It Out by User

The overall takeaway? Hard drives win on price and capacity. SSDs work best if speed, ruggedness, form factor, noise, or fragmentation (technically, a subset of speed) are important factors to you. If it weren’t for the price and capacity issues, SSDs would be the hands-down winner.

But does an SSD or HDD (or a hybrid of the two) fit your needs? Let’s break it down:

One thought on “What is a Solid-State Drive (SSD)?”